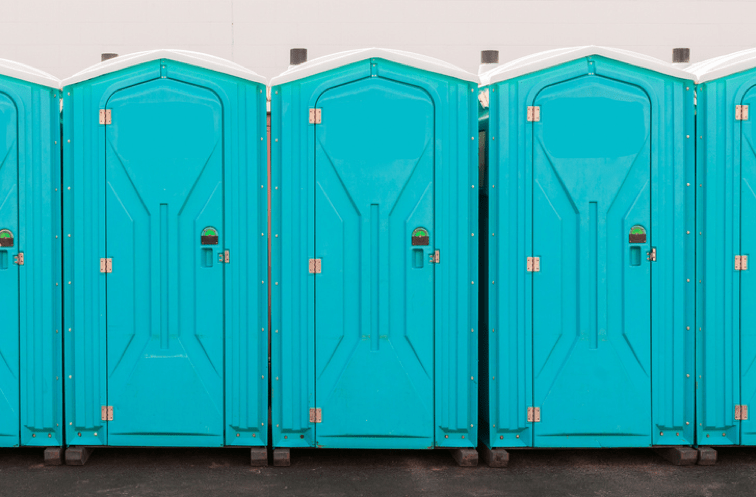 Whether you’re at a festival, a construction site or an outdoor sporting event, there will almost certainly be porta potties. This is something that most of us take for granted, often forgetting that not long ago porta potties were not even invented yet.

In fact, you might be surprised to hear that the modern porta potty hasn’t even existed for 100 years. However, it has transformed rapidly, starting as a makeshift box, and turning into something of a portable luxury restroom in mere decades.

Curious as to how it got to where it is now? Read on! Below, we’re going to discuss the history of the porta potties in Chicago, Illinois.

Though the modern porta potty wasn’t invented until the 20th century, other, more rudimentary toilet entities were being used as far back as 14th century BC.

The first of these entities was invented by the ancient Egyptians, and was found in the Kha Tomb in 14th century BC. This device was comprised of a wooden stool with a hole cut in it. Attached to this stool was a ceramic pot.

The second of these entities was the chamber pot — a small, ceramic pot invented by the ancient Greeks around 6th century BC. Used primarily for middle-of-the-night relief purposes, chamber pots were basic, but served their purpose well.

The Invention of the Modern-era Porta Potty

Astoundingly, for hundreds of years, no progress was made in the development of the porta potty. In fact, it wasn’t until the early 1940s in Long Beach, California that the first modern porta potty was established.

Created by a dock manager in an effort to improve work efficiency, this porta potty was fairly rudimentary, but was functional enough to serve its purpose. While its exterior shell was made out of wood, its interior tank was made out of metal.

The creation was a huge success, as it allowed dock workers to work throughout the day without having to travel inland in order to use the restroom. After that, other worksite managers began placing porta potties on their docks and construction sites.

Porta Potty Innovation Through the Years

The porta potty that was invented in the 1940s was a lot different than the ones that we use today. After its invention, manufacturers took its template and began to improve on it. Developments were gradual, but consistent, slowly improving the quality of porta potties over time.

As noted above, the porta potty was originally made out of wood and metal. However, from the 1950s to the mid 1970s, this would change. Instead, manufacturers began to use fiberglass in the manufacture of porta potties.

The use of fiberglass in porta potties would prove to be fairly short-lived. Starting in the late 1970s, manufacturers began to use a lightweight form of plastic (known as polyethylene) to manufacture porta potties. This material is still used in most porta potties to this day.

In the 2000s, luxury porta potties hit the scene. These porta potties contain just about all of the amenities of indoor restrooms, including air conditioning, heating, running water, sinks, soap and more. While these aren’t the most commonly used porta potties on the market, they have their place at sophisticated and high-end events.

We offer a wide variety of porta potties, from standard units, to ADA compliant units, to luxury units and more. Regardless of the style you choose to rent, we will deliver it to your desired location, and provide full-service maintenance for the duration of its use.

Contact us right now to start the rental process!